Millions of Americans take fish oil supplements, hoping to keep their hearts at their healthiest. But a new study has raised questions about these popular dietary supplements, especially whether they can replace a healthy, balanced diet. 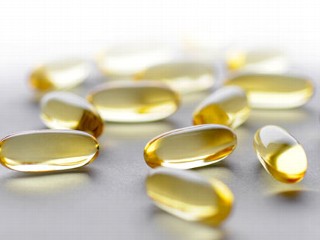 Fish oil, a combination of omega-3 fatty acids, is a centuries-old staple of pharmacy shelves, and scientists have devoted much research to investigating its effects on heart health. So far, the evidence has been inconclusive -- some studies have found fish oil has been major in preventing heart attacks, strokes and sudden cardiac death, while others have found fish oil has no benefits at all.

In the current study, researchers from South Korea analyzed 14 clinical trials involving more than 20,000 patients with cardiovascular disease who had taken fish oil supplements for at least one year and found the supplements did not reduce their risk of having another heart attack, stroke, congestive heart failure or any other cardiovascular catastrophe.

The study was published today in the Archives of Internal Medicine.

The study confirms what fish oil skeptics have been saying for years.

"The fish oil story is still fishy," said Dr. Robert Eckel, a professor at the University of Colorado School of Medicine and past president of the American Heart Association.

Fishy or not, fish oil is one of the most popular dietary supplements sold in the U.S. According to the Nutrition Business Journal, over-the-counter fish oil supplements reeled in $739 million in 2009 alone, according to a report in Forbes magazine. Foods fortified with extra omega-3s, such as margarine and peanut butter, roped in nearly $4 billion for manufacturers in 2010, according to Packaged Facts.

"The question is, what do these relatively small doses of omega 3 fatty acids do? As this study shows they do nothing," Eckel said.

Eckel said that there is no evidence showing that fish oil is harmful.

But others say the possible heart benefits of fish oil should not be so quickly dismissed. In a commentary published with the study, Drs. Frank Hu, a professor of nutrition and epidemiology at the Harvard School of Public Health, andJoAnn Manson, chief of preventive medicine at Brigham and Women's Hospital in Boston, said the authors excluded two large studies investigating omega-3 fatty acids that found beneficial effects of fish oil supplements.

Those studies would have swayed the analysis to show a protective effect of fish oil against cardiovascular disease, they wrote, and "the data should not simply be ignored in evaluating overall evidence."

Hu and Manson also suggest that fish oil may seem to have less benefit for patients because of the widespread use of cardiovascular medications, such as statins, beta-blockers and ACE inhibitors. In some of the studies showing that fish oil had few benefits for heart health, as many of 94 percent of the study participants were taking statins.

"It is currently more difficult to show additional benefit when patients are treated aggressively with everything else," said Dr. Chip Lavie, medical director of cardiac rehabilitation and prevention at the John Ochsner Heart and Vascular Institute in New Orleans.

Lavie also noted that many of the trials evaluated in the analysis gave such small doses of fish oil to patients that it's not hard to understand why they got few benefits from the supplement.

"The very best studies in my opinion still show some benefits," he said.

Still, many experts say the best way to get fish oil is just to eat fish. The American Heart Association currently recommends that people get their dose of omega-3 fatty acids from eating two servings of fatty fish, such as salmon, mackeral, tuna, sardines, per week. For the fish-averse, a slightly different kind of omega-3 fatty acid can be found in flaxseed, walnuts soybeans and canola oils.

"Supplements will never be a replacement for a healthy dietary pattern," Manson said.