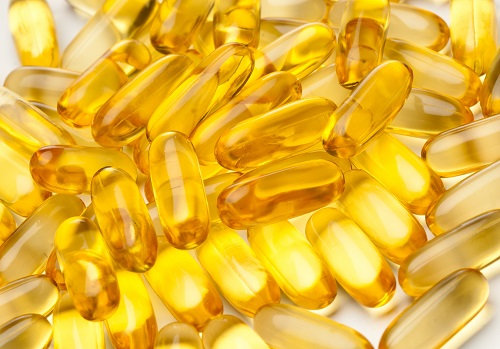 Peruvian anchovy fishing and thus fishmeal and fish oil production have been affected by a moderate El Niño phenomenon for all of 2014. However, until June 2014 prices for fishmeal in international markets did not respond significantly to the anticipated supply shortage likely to be the result of the low anchovy catches in Peru. Nevertheless, ever-growing demands and extreme supply constraints pushed fishmeal and oil prices up again from August, when the actual reduction in catches was apparent. In October 2014, an FOB price of USD 2 400 per tonne was recorded for super prime fishmeal in Peru. In early December IMARPE and the Ministry of Production confirmed that there would be no quota for the second fishing season at the end of 2014.

The total fishmeal production for the first three quarters of 2014 was slightly more than the same period of the past two years, but production in Denmark and Norway increased significantly by 32%. In Peru, the low catch of anchovy was caused primarily by the moderate El Niño phenomenon. Despite the deadline being extended to 10 August, only 68% (or 1.71 million tonnes) of the Total Allowable Catch (TAC) of the first fishing season was caught compared with the higher percentage of catch during the two seasons of 2013, during which 2.05 and 2.3 million tonnes respectively were caught. This suggests that fishmeal production in the fourth quarter of 2014 will decrease.

Fish oil production from the main exporters showed promising signals for the reporting period. Production of 412 000 tonnes was recorded for the first three quarters of 2014, which is the highest in the past five years.

Both fishmeal and fish oil export increased in the first three quarters of 2014 compared with the same period in 2013, but was still quite significantly lower than in previous years. Noticeably, Viet Nam and Taiwan Province of China increased their shares rapidly because of their expanding aquaculture sectors. China continued to import less fishmeal during the period partly because of the high stock of 253 000 tonnes that had already been built up.

For fish oil, apart from the demand from aquaculture, the share for direct human consumption is increasing, which resulted in an almost 15% increase in exports (or imports ?pls confirm.) from the USA, a 51% increase from Peru, and a 23% increase from Chile. Fish oil export from the USA recorded 63 500 tonnes in the first three quarters of 2014, which was the highest in the past 5 years. The major part of the supply came from menhaden, affirming the sustainability of this stock. Denmark was the main destination of fish oil exports from both Peru and Chile.

The UK imported slightly more fishmeal than in the same period of 2013, but the overall trend is still down. In the last two years the UK has reduced its dependence on Peruvian fishmeal supply, mainly because production and prices were adversely affected by lower quotas or weather issues.

The USA has continued to expand fishmeal imports. For the first three quarters of 2014, imports from Chile more than doubled. In total 23% more fishmeal was imported during this period to meet the needs of the domestic animal farming sector.

Germany imported 26% more fishmeal for the first three quarters of 2014 compared with the same period of last year, with the majority from Peru and noticeable shares from Morocco and Mauritania.

In October, IMARPE  recommened that no quota be allowed for the second season until another reassessment survey was completed. This recommendation was made because only 1.45 million tonnes of anchovy biomass were found after the first survey, while in 2013 the figure was 10.8–12.1 million. Since then prices have remained generally stable. Usually at the end of the year, Chinese demand for its swine industry,  the largest in the world, increases for the upcoming Spring Festival. This year was no exception and by December 2014, China had already consumed most of its large fishmeal stock with  only an estimated 30 000 tonnes left.

In the long term, demands for fishmeal and oil can only increase with the growth of aquaculture and the terrestrial farming industry. It is noteworthy that Viet Nam, a significant aquaculture producer, has become the fourth largest destination for Peruvian fishmeal export. Oil production destined for direct human consumption will also seriously compete with the aquaculture and animal farming sectors.

Globally, efforts to reduce the pressure on supply are ongoing, with countries working to diversify their sourcing. According to Undercurrent News, China has had to diversify its sources of product to purchasing from Southeast Asia, Morocco and Panama.

It is anticipated that consuming countries will strengthen their search for alternatives in order to reduce their dependency on fishmeal, especially given the current extremely high prices. The fishmeal and soymeal price ratio in December 2014 was  4.08:1 compared with 2.83:1 in December last year. In the short term, it seems that the vulnerability of fishmeal and oil production will not change if production continues to mainly rely on pelagic species. Utilizing more by-products from processing factories could help the situation.

In early December 2014, IMARPE confirmed its recommendation after a second survey that there should be no quota issued for the second fishing season. The justification for this recommendation is that environmental conditions are expected to have a negative impact and will reduce anchovy stocks, also that a large portion of the anchovy in the northern-central region consists of juveniles. However, prospects for this spring are more hopeful, as the survey for the first TAC of 2015 will be carried out in April, with the possibility of finding considerable volumes of stock of appropriate size and weight.  However, it could still be a difficult financial year for Peruvian fishmeal producers in 2015, as they will have to sell production made from the low catch of the previous year, similar to the situation in 2013.